Cardiology Appointment and Some New Pics

Today we had a cardiology appointment down in San Diego. Travis does really well with going to the doctor's office. He is very active and kicks around while the doctor is examining him and listening to his heart. He especially loves how the paper on the exam table crinkles when he kicks it :o) According to the doctor, Travis' heart sounds great. The doctor was very impressed with his muscle tone and strength as Travis was kicking him. The exciting news is....Travis weighed in at 12 pounds .06 ounces. We hit another weight goal and he continues to hit all of the important milestones (he is even VERY close to rolling over from back to belly).
During the visit, we also discussed Travis' next surgery and the approximate timing for it. It looks like it could be in late April or early May depending on Dr. Lamberti's schedule. Since Travis is progressing so nicely, there is no rush for the surgery. Nicole and I are anxious and would like to get it out of the way so we don't have to worry about it anymore. 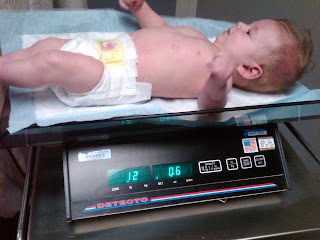 Travis weighed in at a whopping 12 lbs .o6 ounces. 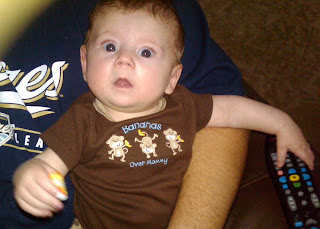 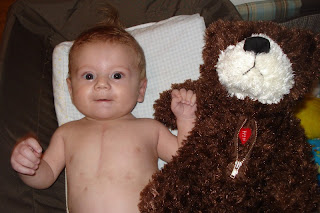 Travis got his new BUMMER Bear in the mail today. It is very soft. 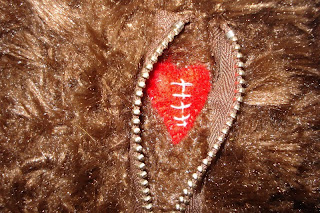 It has a zipper and a fixed heart inside. It'll be a great way to explain his scars as he gets older. 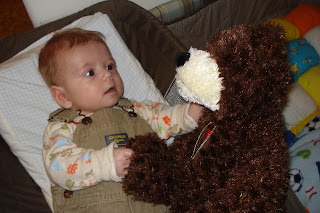 Travis checking the bear out. 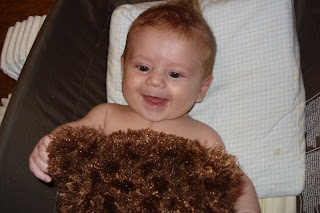 Travis quickly fell in love with the Bear 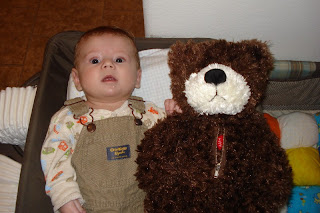 Travis and his new fuzzy buddy. 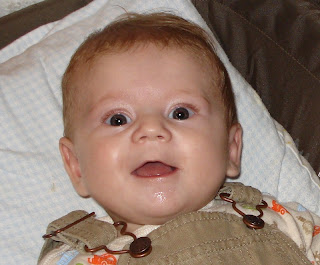 Travis with his trademark smile. 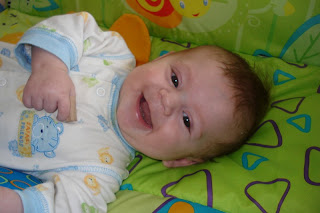 Travis having a laugh in his play palace. 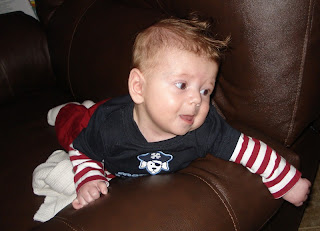